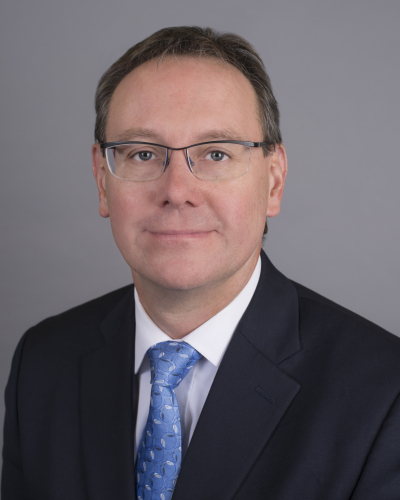 Tom Olson was born in Boston, MA and raised in the Metro-West town of Wayland, Massachusetts. Tom attended lower, middle and high school in Wellesley and Weston MA, before earning his Bachelor's degree from Rochester Institute of Technology. Tom grew up with the strong desire to own and operate his own business, even though the thought of a funeral home had never entered his mind.

The death of Tom’s father while he was a young adult had a profound effect on his priorities and helped him re-evaluate his future path. He wanted to work in a service career helping others in a job he could be proud of and that was unique. At all of his past jobs, Tom always enjoyed working in emergency situations where quick thinking and helping others cope in making important decisions was particularly meaningful. At the age of thirty, Tom returned to school at the New England Institute (NEI) where he graduated Summa Cum Laude. Tom was the Founders Prize recipient for excellence for his graduating year, and went on to learn the ins and outs of the industry under the guidance of Tom believes in the religious and spiritual value of the funeral, but sees many changes being brought about by families living in this modern age. He embraces the idea that families want more options and alternatives to the age old, traditional funeral. Tom is also an avid gardener and woodworker and maintains the property, grounds, and memorial rose garden at the funeral home with his wife, Louise. Along side their young son, the Olson Family is active in many community organizations throughout Rhode Island and Massachusetts.