"Family Owned and Operated in the Capital City"

The death of Tom’s father while Tom was still a growing young adult had a profound effect on his priorities and helped him re-evaluate his future path. He wanted to work in a service career helping others in a job he could be proud of and that was unique. At all of his past jobs, Tom always enjoyed working in emergency situations where quick thinking and helping others cope in making important decisions was particularly meaningful. At the age of thirty, Tom returned to school to study funeral services at the New England Institute (NEI) where he graduated Summa Cum Laude. His fondest memory of attending school was from his first class on the first day of school where he was surrounded by pupils much younger than him. The Director of NEI, Todd Van Beck, entered the classroom and stated to his new students, “you may not know why you are here, but you have chosen the greatest career you could ever have.” Mr Van Beck has spent his entire life as a Funeral Director and is the preeminent educator in funeral service as an author, professor and lecturer in the US, Canada and Europe and remains a mentor to Tom.

Before founding the Olson & Parent Funeral Home in 2004 with his wife Louise Parent Olson, Tom served his apprenticeship at Keohane Funeral Service on the South Shore of Massachusetts. Koehanes is an independently owned family funeral operated by second and third generation funeral directors at their well respected, growing practice. The two year apprenticeship required to become a licensed director, served Tom well. Tom recalls a story of one day being asked by the owner, Edward Keohane, to transport a deceased from Massachusetts to Rhode Island for a burial in St. Ann’s Cemetery in Cranston the following day. Tom was to meet the family for a graveside service at the place of burial. The day of the funeral, he headed out early driving the new Cadillac Hearse with the body and casket to meet the family in the cemetery. After becoming lost on the route, Tom finally arrived at the burial place over thirty minutes late. When he stopped and exited the hearse, he walked up to the family prepared with the apology he had rehearsed for over thirty minutes. The daughter and son of the deceased were very stoic as Tom delivered a sincere apology for being lost and arriving late. At the end of his speech, much to Tom’s surprise, the family burst out laughing. They told him “their father was always late for everything, and they had told him over the years he would be late to his own funeral”. Tom, had unknowingly, made their claim a reality! As the priest said prayers and the family spoke about their dad, Tom stood at the graveside still trembling from this “memorable experience”.
A modern, full service funeral home rooted in traditional values
Not growing up in a traditional, generational funeral home environment has allowed Tom to see the funeral service from the eyes of the families we serve facing the death of a loved one. This has had a tremendous impact on the mission at Olson & Parent to listen to each family and honor the way they wish to memorialize and honor their loved one. This desire to meet the needs of modern options in funeral service leading us to specialize in “green” services, shipping of remains to foreign countries, and meaningful cremation services. Olson & Parent accepts any and all challenging requests of families and has become known by other funeral homes in Rhode Island and Massachusetts that have referred families to our care. Taking a different path in funeral service has made all the difference in Tom’s life and family.
Working as a funeral director, many people are curious and ask how one can emotionally manage such a depressing and sad occupation. Although heavy at times, the Olson & Parent family’s mission everyday is to help others through one of the most difficult times of their life. Our work is not to grieve for the families we serve, but to place our concentration on every detail to allow a family to reflect on the life lived and the impact of their loved one on their own life. Everyday we are reminded of our own life's’ priorities and that makes all the difference. 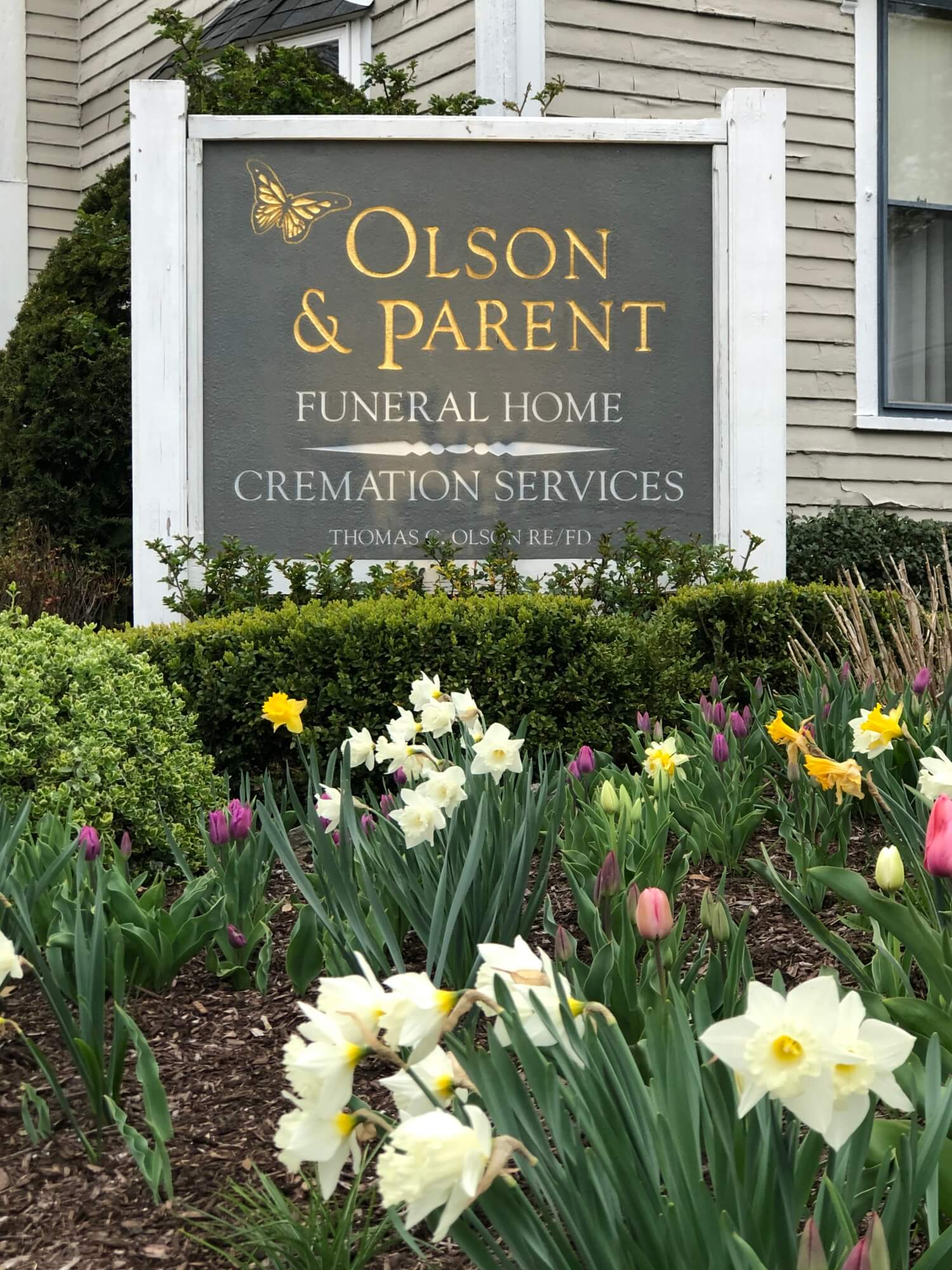